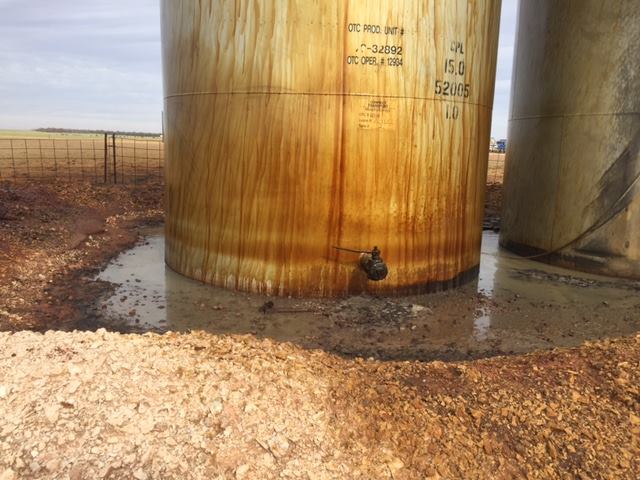 A decade ago I was asked by the CEO of a large independent oil and gas company what I thought was the number one issue facing the oil and gas industry.

I replied with one word, fracking. I said it’s not the fracking itself that’s the problem. It’s the amount of water we use and the disposal of it. Well, I was at least partially correct.

Or course that was before I knew that the horizontals frackers were going to drill through the reservoirs of existing vertical producing wells destroying hundreds of them in their wake.

Now we know that there are numerous problems with disposal; including earthquakes and breakouts to the surface. The earthquake problem has been virtually solved through regulation. But an unacceptable by-product of this regulatory solution of injecting less water into the Arbuckle formation to prevent earthquakes has been the diverting of massive amounts of water to be injected in shallow Penn sands incapable of holding this volume of water.

In Kingfisher County, Oklahoma this water is breaking out to the surface creating purges a distance away from oil and gas and or disposal wells. To date, no one has required the drilling of monitoring wells to determine if the groundwater is being impacted. The answer to this is also regulation which would include recycling and requiring real-time pressure and volume monitoring of commercial disposal wells so as to stay within the limits of sound engineering practices.

A CNN article about Pioneer Resources using wastewater from Midland and Odessa in the Permian is one example of what can be done to address the amount of water we use on this side of the issue, therefore the first part of my concern 10 years ago.

The more comprehensive solution is recycling. We have the technology to recycle almost all the water used in fracking to use over and over again without depleting our natural water supplies. Quite frankly the National Resource Defense Council has a valid point when they point out that water used in fracking and disposed into formations deep underground is lost forever to the natural ecosystem. While it costs more, the recycling process is getting more economical. In massive frack jobs using millions of gallons of water a percentage of that water should be required to be recycled water. Agriculture still uses much more freshwater than oil and gas. But there is no comparison in the public sentiment regarding the two industries, and arguably the water agriculture uses stays in the ecosystem to be used again.

We must do better, lest we lose the capability that is making America energy independent. We must face our problems, acknowledge them, and then solve them. Oftentimes it’s not what we do first that causes us the biggest problems it’s what we do, or fail to do, next. It’s time to do the right thing next and now.