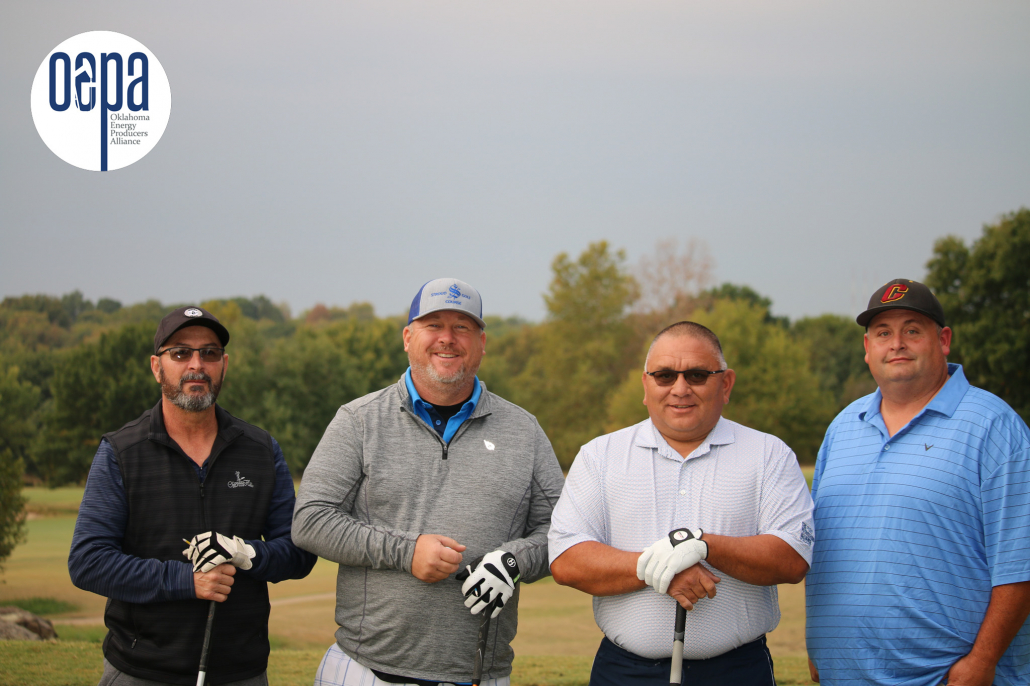 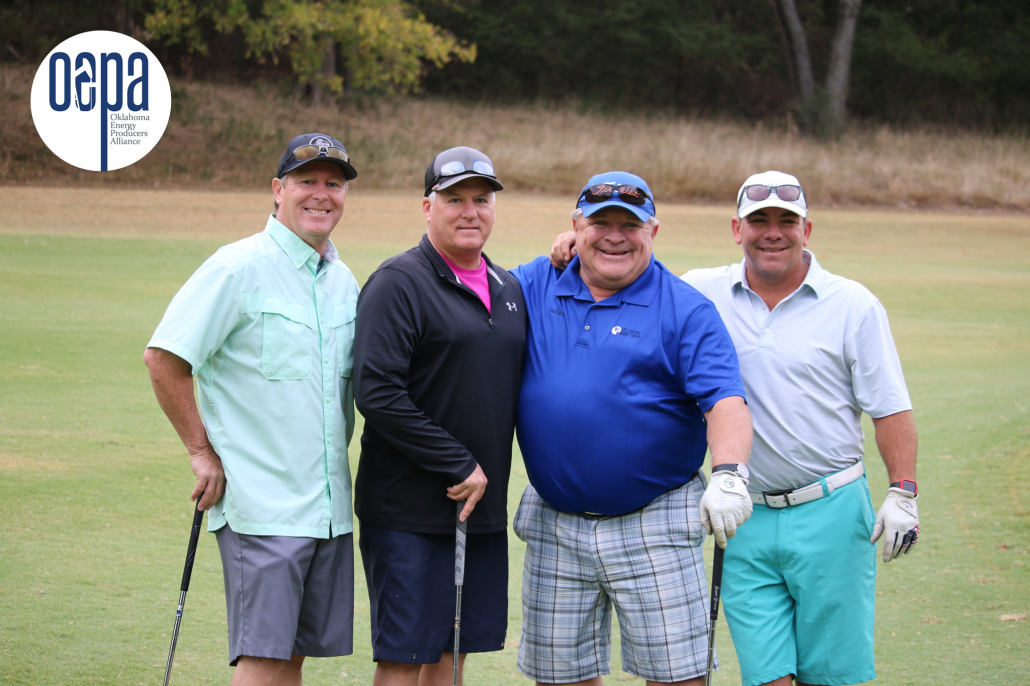 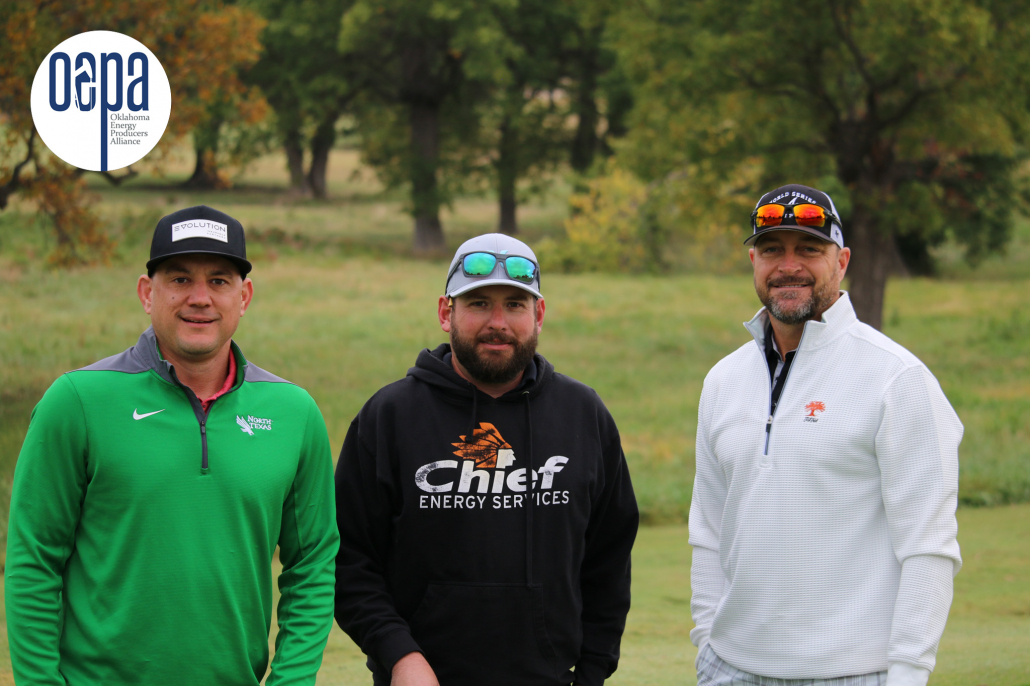 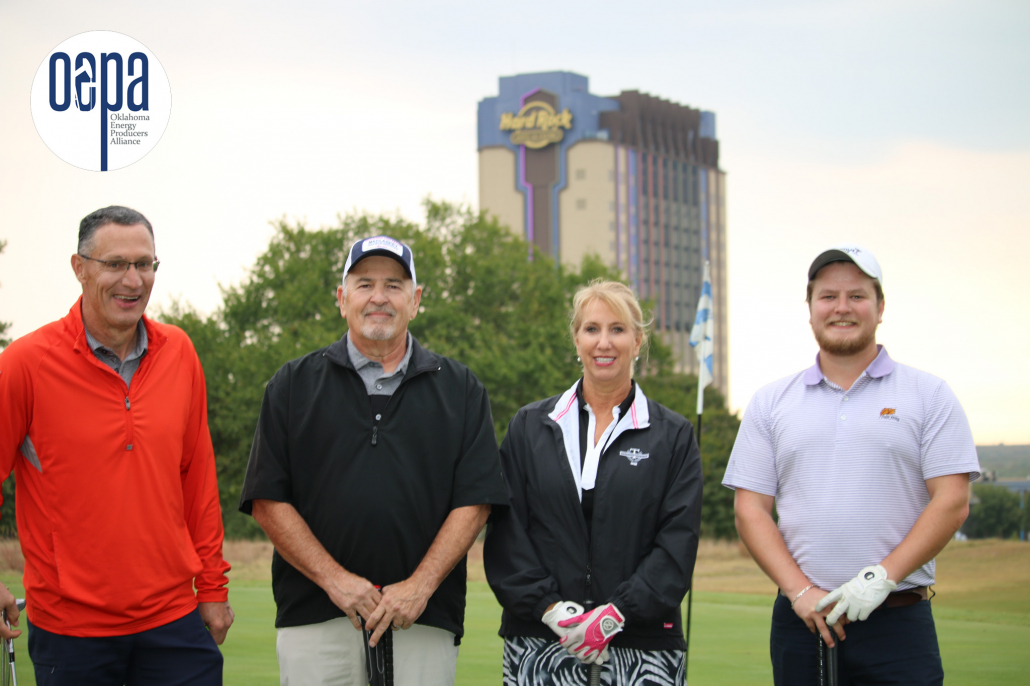 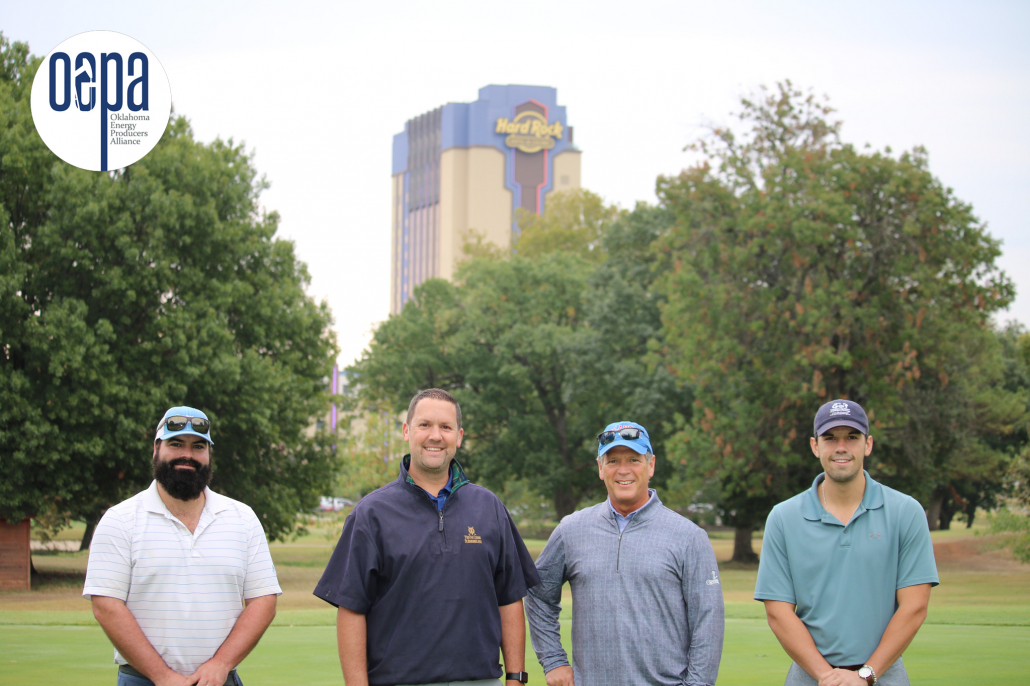 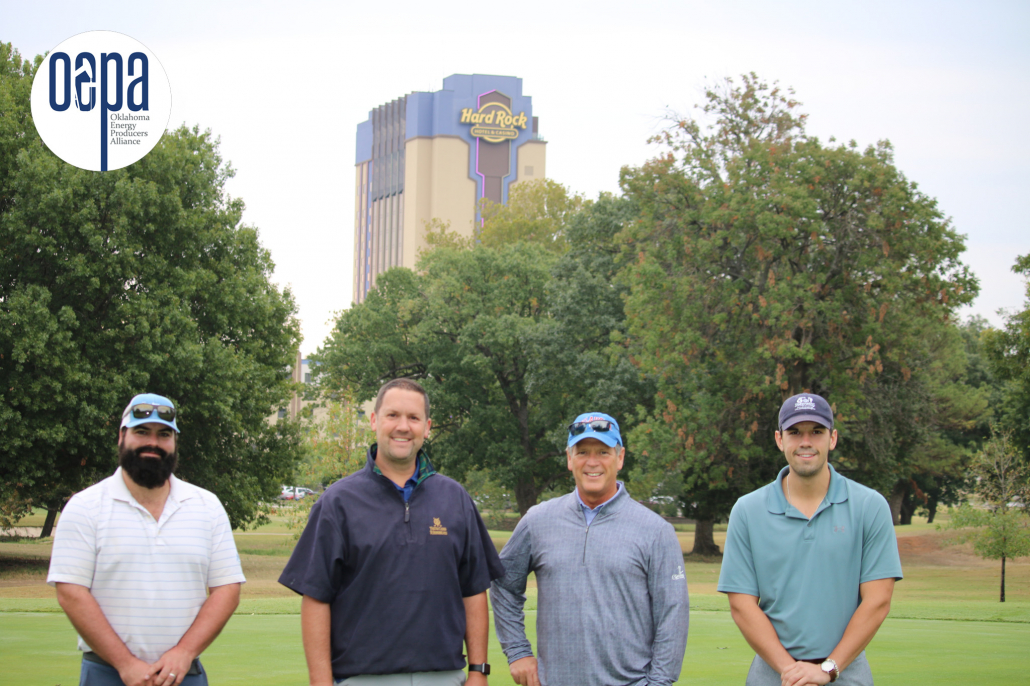 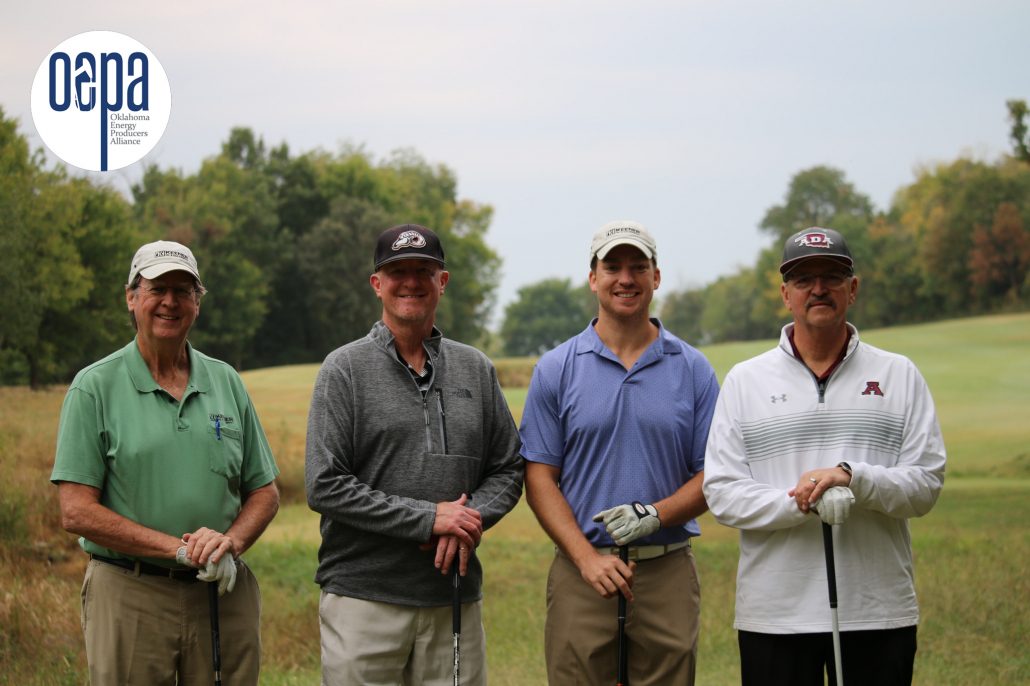 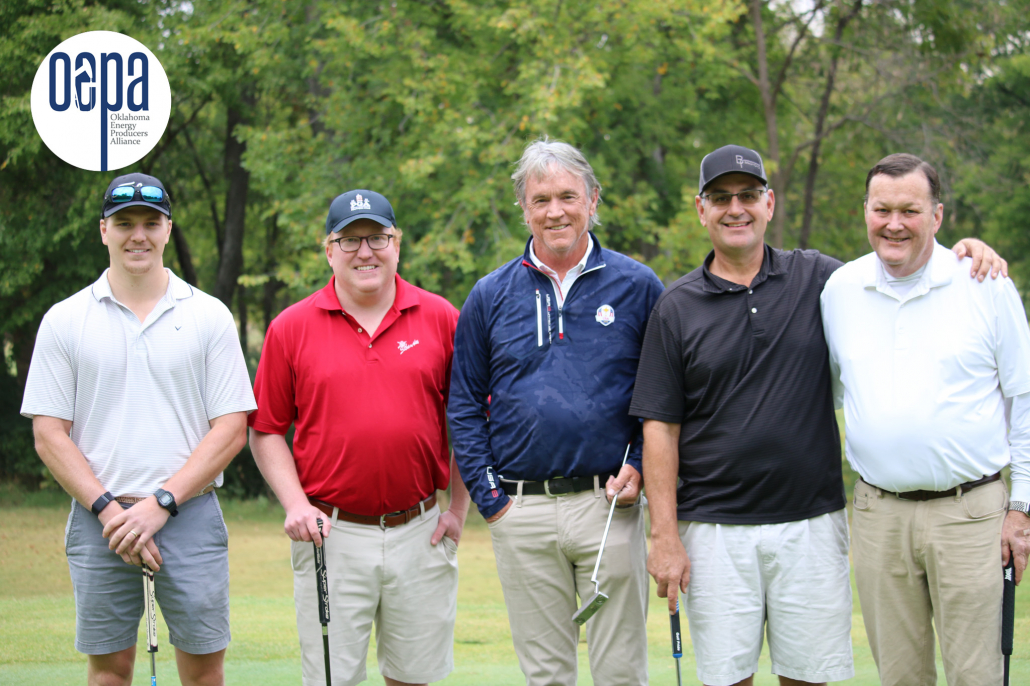 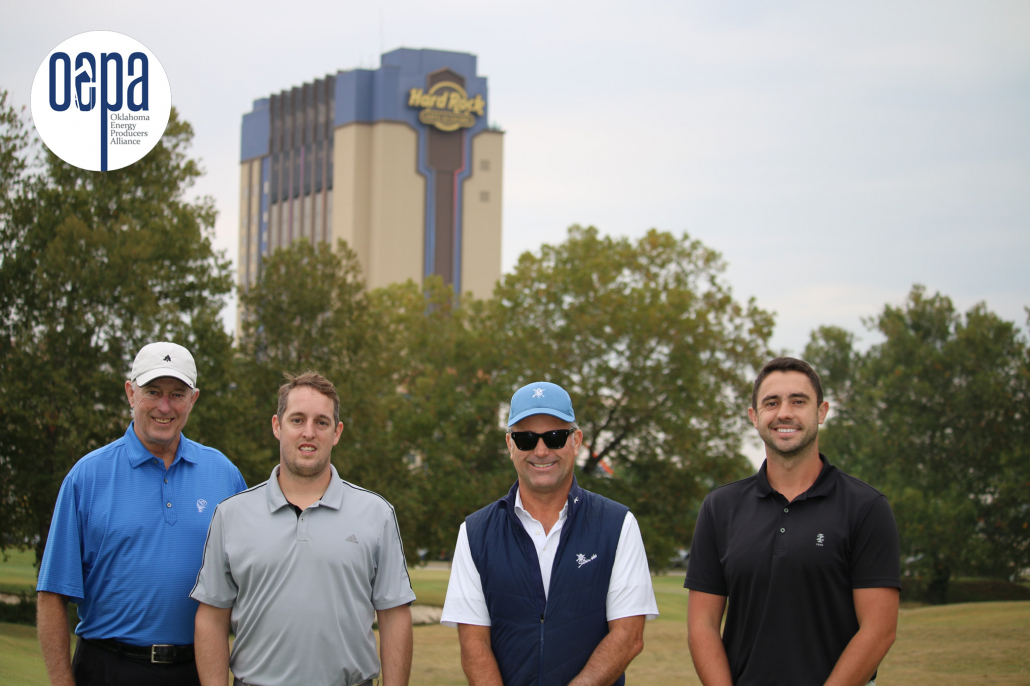 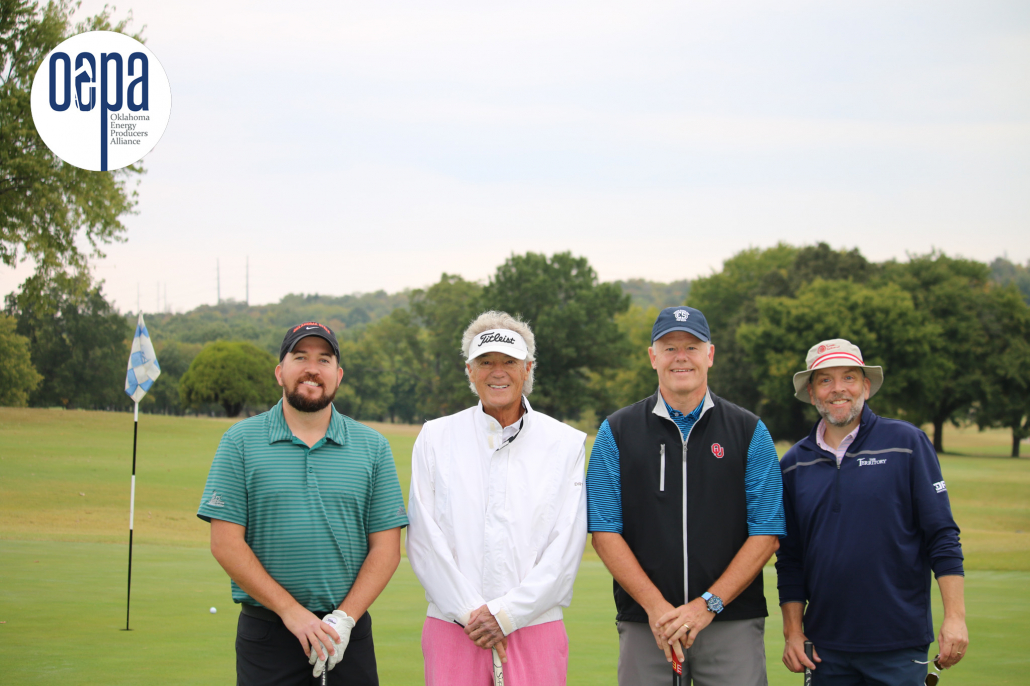 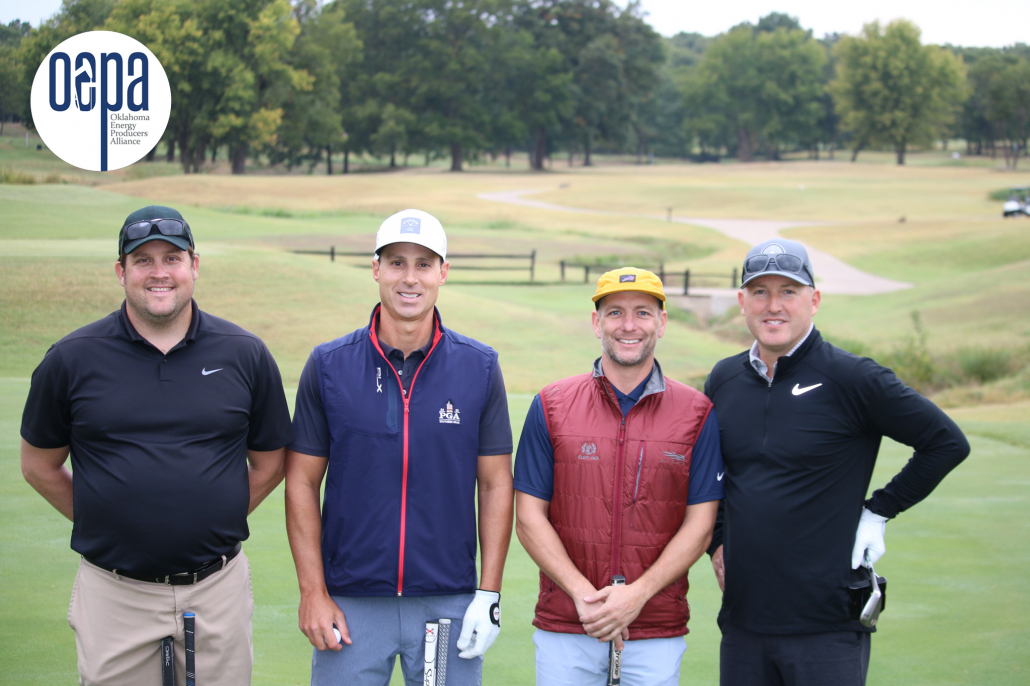 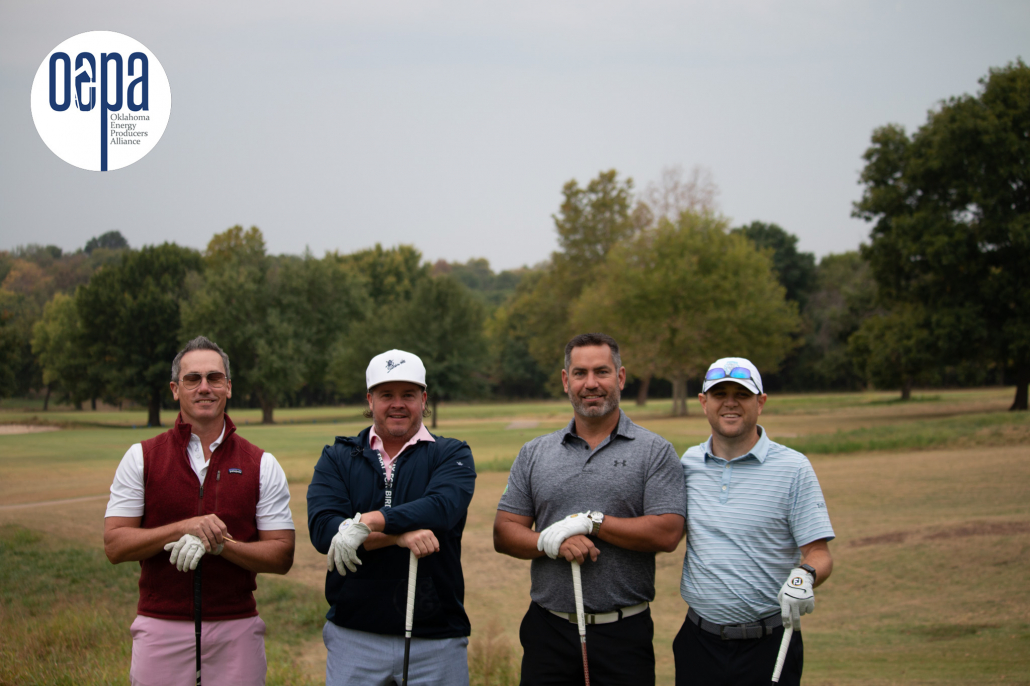 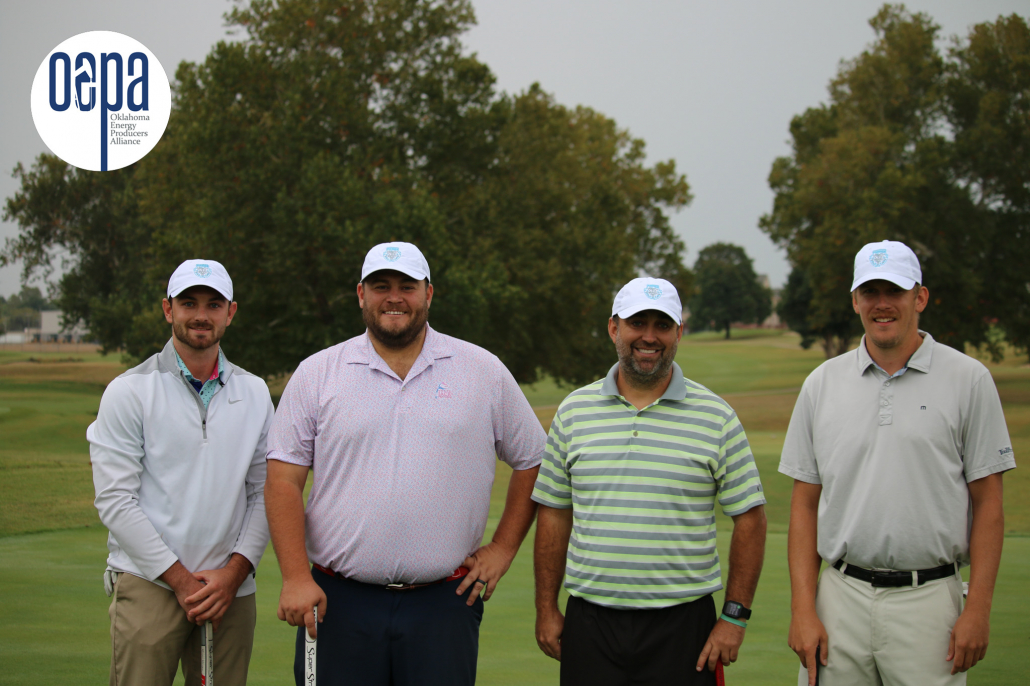 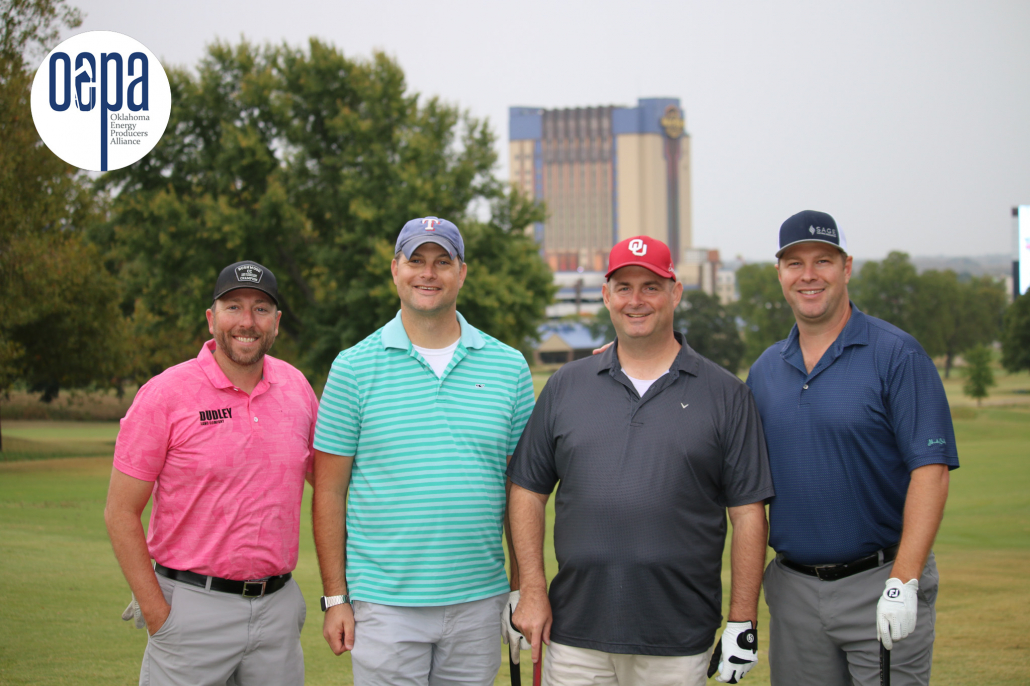 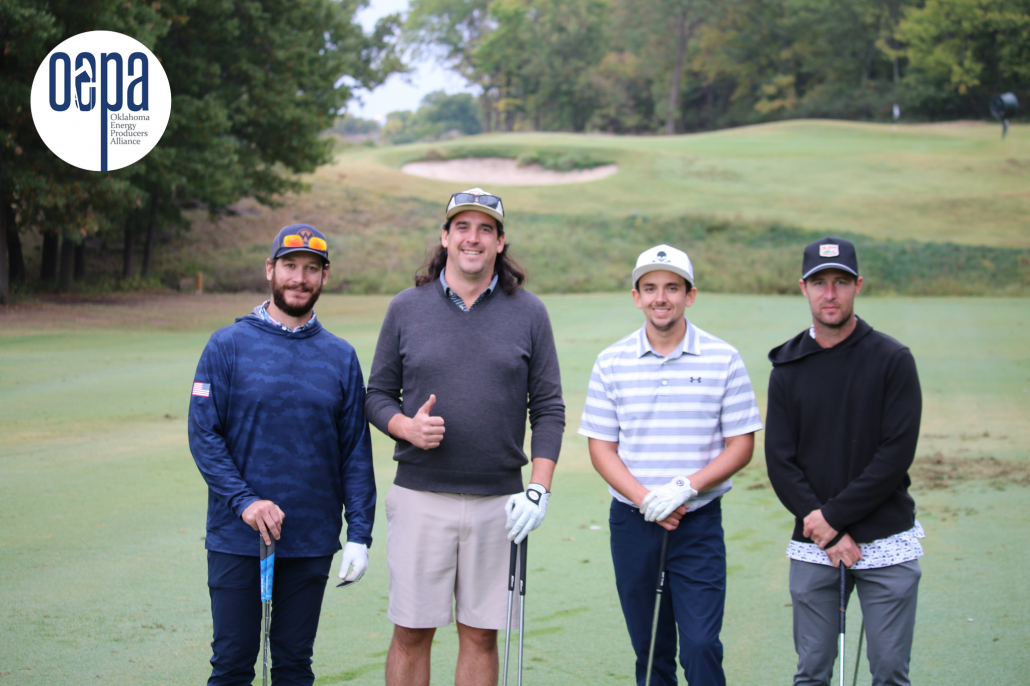 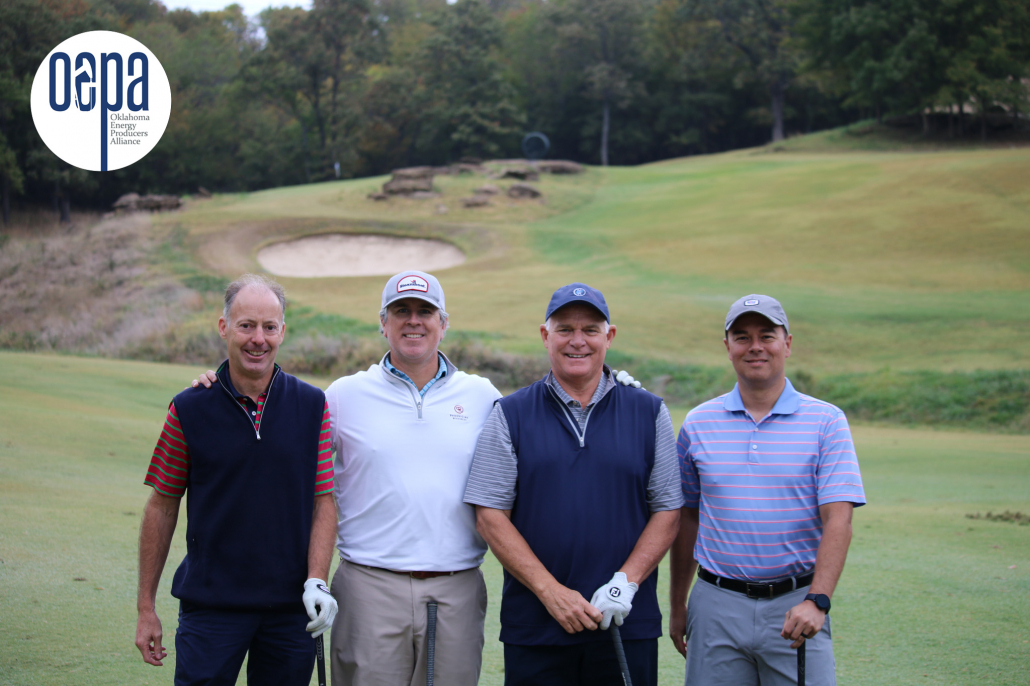 On January 26, 2022, OEPA hosted their annual Energy Briefing for Legislators at the Oklahoma Capitol. This provided us a chance to present the latest issues to senators and representatives before the legislative session. Over 75 legislators and members joined us. It was a great time to interact before the session began. During this time, legislators were informed on the McGirt Decision by Solicitor General Mithun Manginshani, updated on the national and state rig count and briefed on the upcoming OEPA Legislative Agenda.

Solicitor General Mithun Mansinghani gave a quick history on the McGirt decision (read more here) and spoke on the effects it has had on the oil and gas industry. Immediately after the Supreme Court ruled for the McGirt Decision, a law enacted in 2005 known as “SAFETEA” was put into motion. Under this law, Oklahoma can be granted the authority for environmental regulation. At the time, the EPA agreed to grant Oklahoma this authority. Oklahoma Tribes did not agree with this, and the Pawnee tribe sued the EPA. In December, the EPA under the Biden Administration reconsidered this decision and removed the authority from Oklahoma and gave 45 days to submit comments (learn more here).

OEPA President David Little then gave a quick update on the state’s oil and gas industry. As of January 21, the national rig count is 604 drilling, up from only 226 last year. In Oklahoma, 50 are drilling, up from 17 rigs running last year. Little said the industry is doing better. He then introduced Senator Taylor, Vice Chair of Energy, and Representative Moore, Vice Chair of Energy and Natural Resources.  They gave an overview of upcoming bills they have been working on that will come up in the session, including bills stemming from an investigation brought on by last year’s energy crisis, several bills regarding hydrogen energy, a bill regarding Production Revenue Standards Act (PRSA) and a bill dealing with the Corporation Commission regarding field inspector pay.

David Guest, OEPA Legislative Committee Chairman, reviewed the upcoming OEPA Legislative Agenda. There are two main focuses this year – PRSA (production revenue standards act) and the restoration of historical economic incentives. Regarding the PRSA, which was enacted in 1992, OEPA has been working with other industry organizations to develop language changes to update and modernize this statute. They have worked hard to develop the best updated statute that is fair to all owners. OEPA will work with both chambers to make sure all owners are fairly represented.

The restoration of historical economic incentives will simply bring back tax incentives, not create new ones. These tax incentives allow operators to extend the life of production from older oil and gas wells thereby extending the tax revenue from gross production taxes paid to the state of Oklahoma.

We would like to extend a special thank you to all the OEPA members and Oklahoma Legislators that took time to hear from OEPA and other energy organizations. 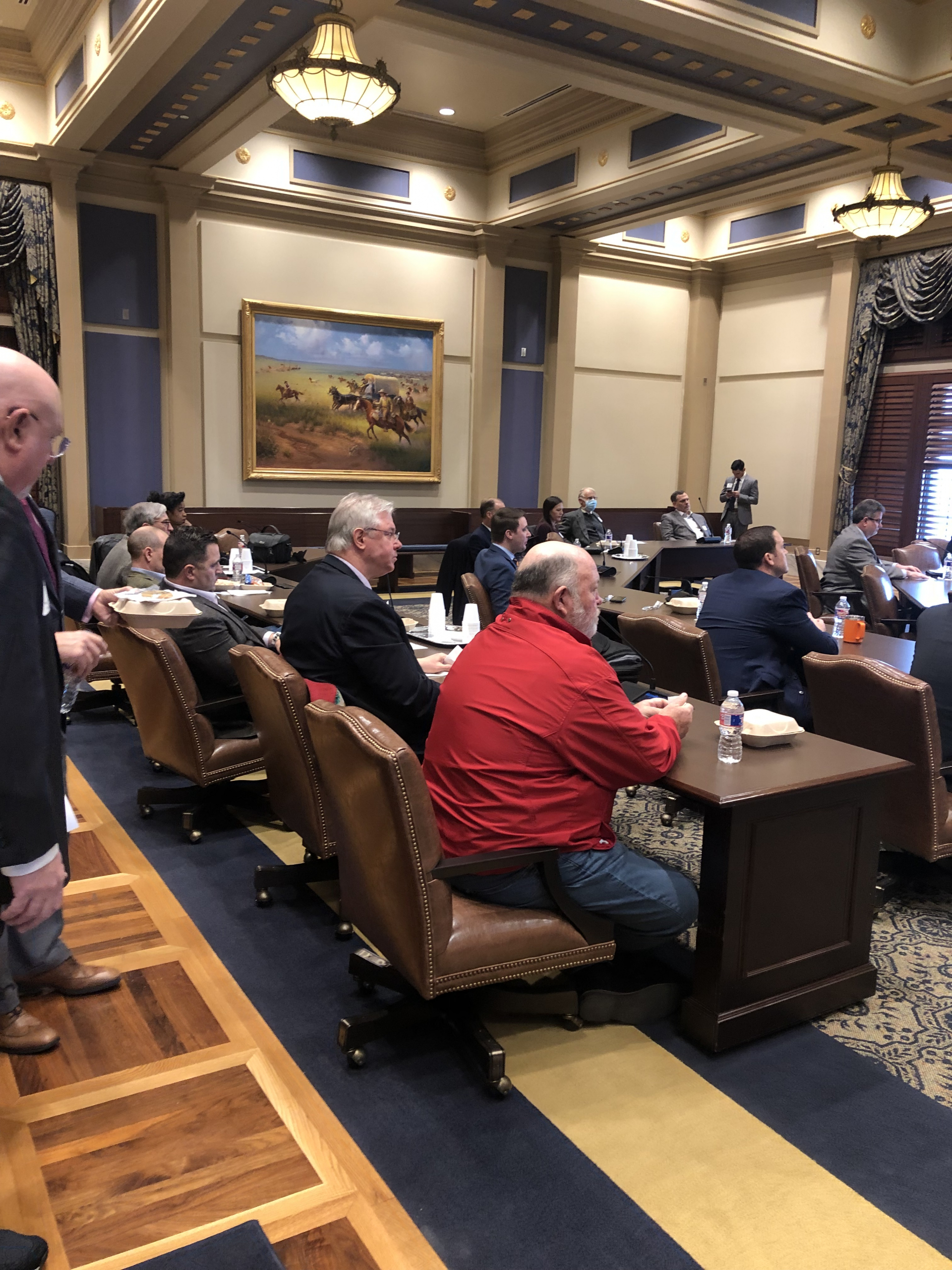 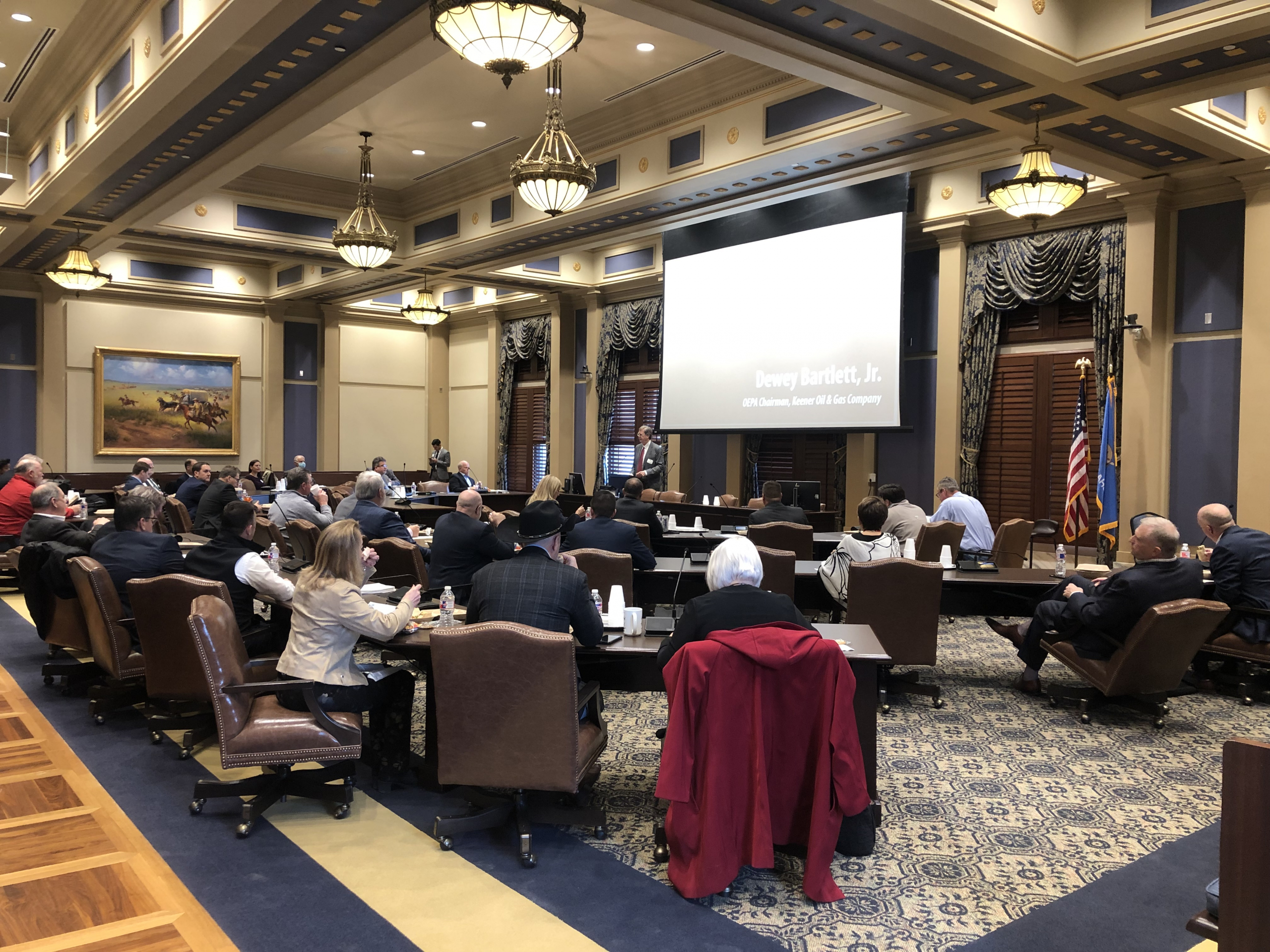 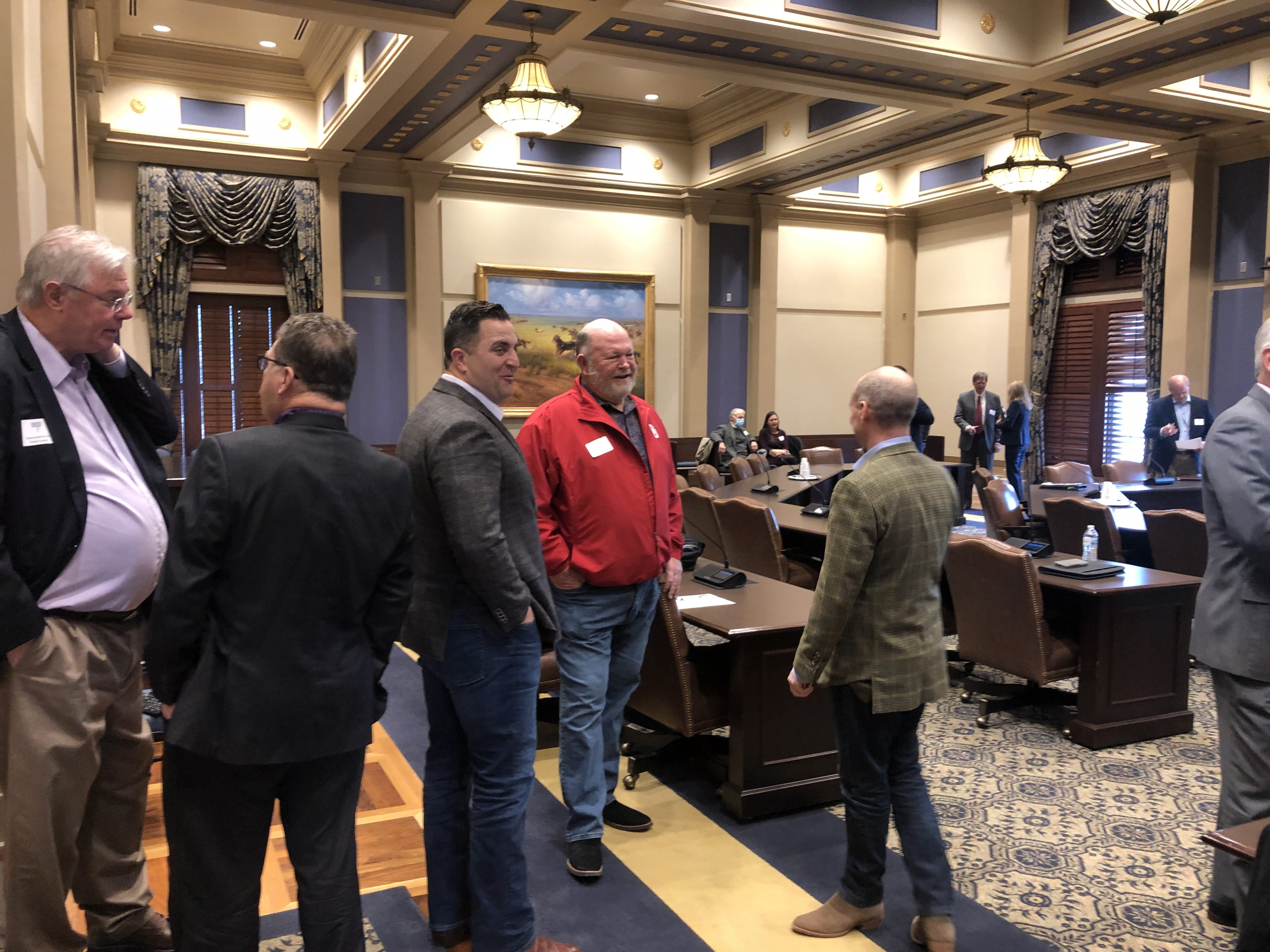 We are thrilled that an organization as new as ours not only survived the past couple of years but continues to thrive, thanks to our members and community support! Here are some highlights of 2021.

Reached over 500 people through OEPA and partner events.

We began the year with our annual Energy Briefing in January. OEPA members met with state legislators over Zoom to educate legislators about the upcoming session and discuss current issues of the oil and gas industry.

Our Annual Meeting was held in the beginning of June and we were thrilled to see all those in attendance! It was a long-awaited and worthwhile event that gave everyone who was there much-needed face-time. The focus of this Annual Meeting was to network and mingle while learning about current industry issues. We’re grateful to the speakers who came to share their knowledge with us!

In September, our Golf Tournament was held at the Hard Rock Hotel & Casino in Catoosa, OK. Fifteen teams gathered to enjoy beautiful weather and one another’s company. Prizes were awarded to the 1st, 2nd and 3rd place teams, as well as the person with the longest drive, the person closest to the pin and a new prize awarded for the “longest backward drive!”

We also were able to attend the OERB Oklahoma Oil & Natural Gas Expo, presented by SOER in October! We educated others on the mission of OEPA and even gave away a DeWalt drill!

After 18 months, we were back together for our Lunch & Learns. Over 30 attendees met in Oklahoma City in November and were updated on changes with our gas committee, at the state legislature and Oklahoma Corporation Commission (OCC).

Introduced the first piece of legislation proposed AND passed on the behalf of OEPA.

Governor Stitt signed SB632 into law on April 20, 2021. SB632 bill modifies the Oklahoma Oil & Gas Lien Act to include additional types of oil and gas proceeds as priority claims in bankruptcy. This is a HUGE legislative win for Oklahoma producers!

We are thankful to have a robust volunteer Legislative Committee that set an agenda at the beginning of the year and worked tirelessly until they were able to pass this important piece of legislation.

Did you know SB632 was submitted by an OEPA member? We love partnering with our members to enact the changes needed in our state.

Welcome to our new members from 2021:

Thank you to everyone who helped make this year such a success! We look forward to 2022!

After 18 months, we were back together for our Lunch & Learns. There was plenty to update attendees on because we have been hard at work between changes with our gas committee, at the legislature and Oklahoma Corporation Commission (OCC).

Our president, David Little, talked about our recently formed gas committee. When a member needed support with a long list of gas issues, he reached out to us and the gas committee was formed. Now, he is our chairman and doing a wonderful job of growing this task force. Recently, they have been talking with DCP about high line pressures, meters being pulled and lack of maintenance on gathering systems.

As for the upcoming legislative session, we’re ready. Our legislative chairman, David Guest, shared what our plans are for the 2022 session. The legislative committee has been hard at work creating our agenda for the next session, which will be released soon.

On the regulatory front, regulatory chairman Parker Bowles spoke on our efforts at the OCC. We have been working with a task group, created by OCC Chairman Dana Murphy, to discuss extreme weather events surrounding the February (and previous) winter storms. We recently attended a meeting between oil & gas operators and the electric providers to initiate the conversations between the two. This discussion will outline areas that have been identified as having helped create problems for our industry and potential solutions to prevent similar occurrences from happening again.

Do you need a good workers comp program? We’ve partnered with CompSource to provide our members with an amazing rate and discount on workers’ comp insurance. Read more about it.

We loved seeing each of you there! Thank you to all those who registered: 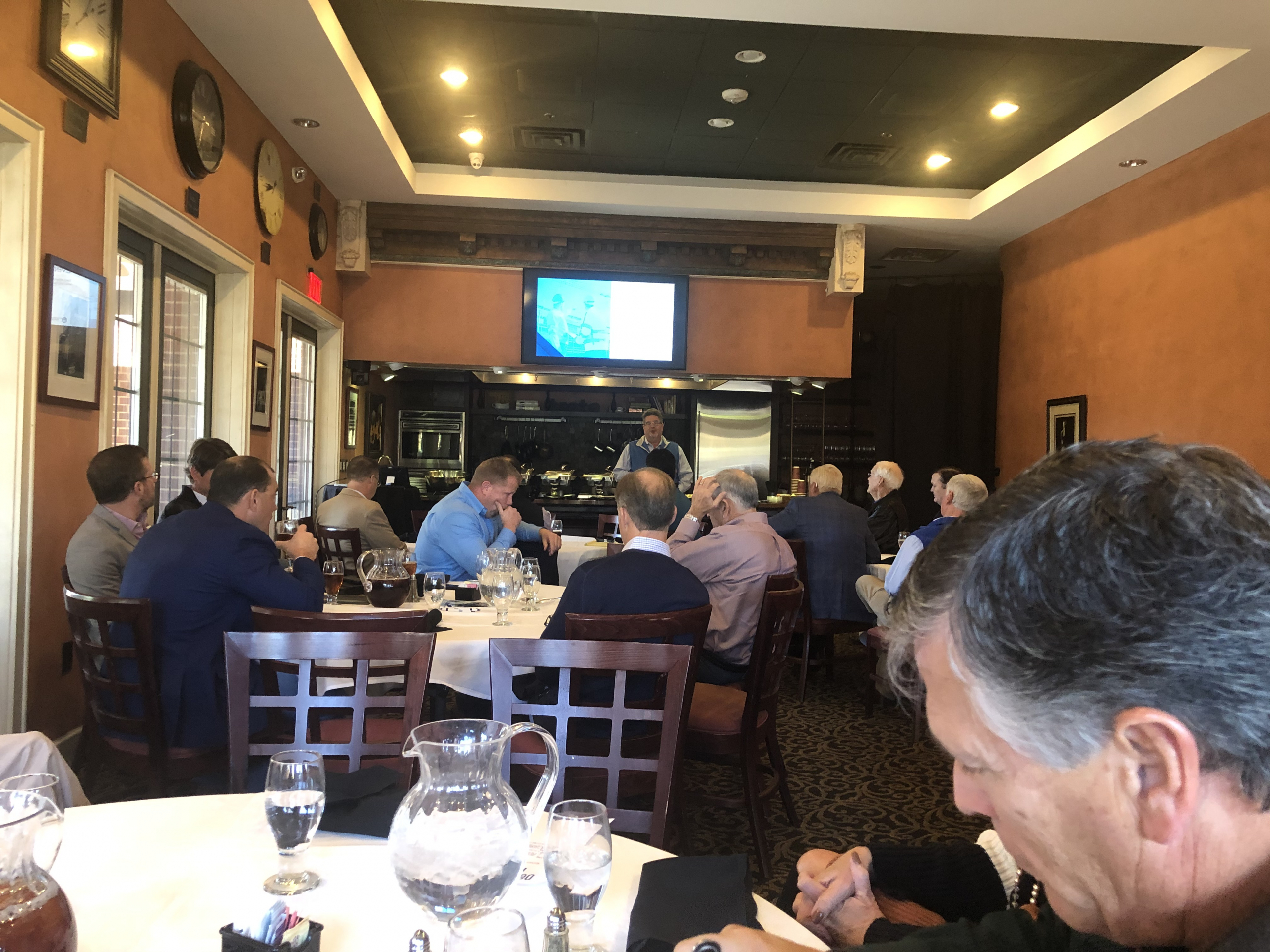 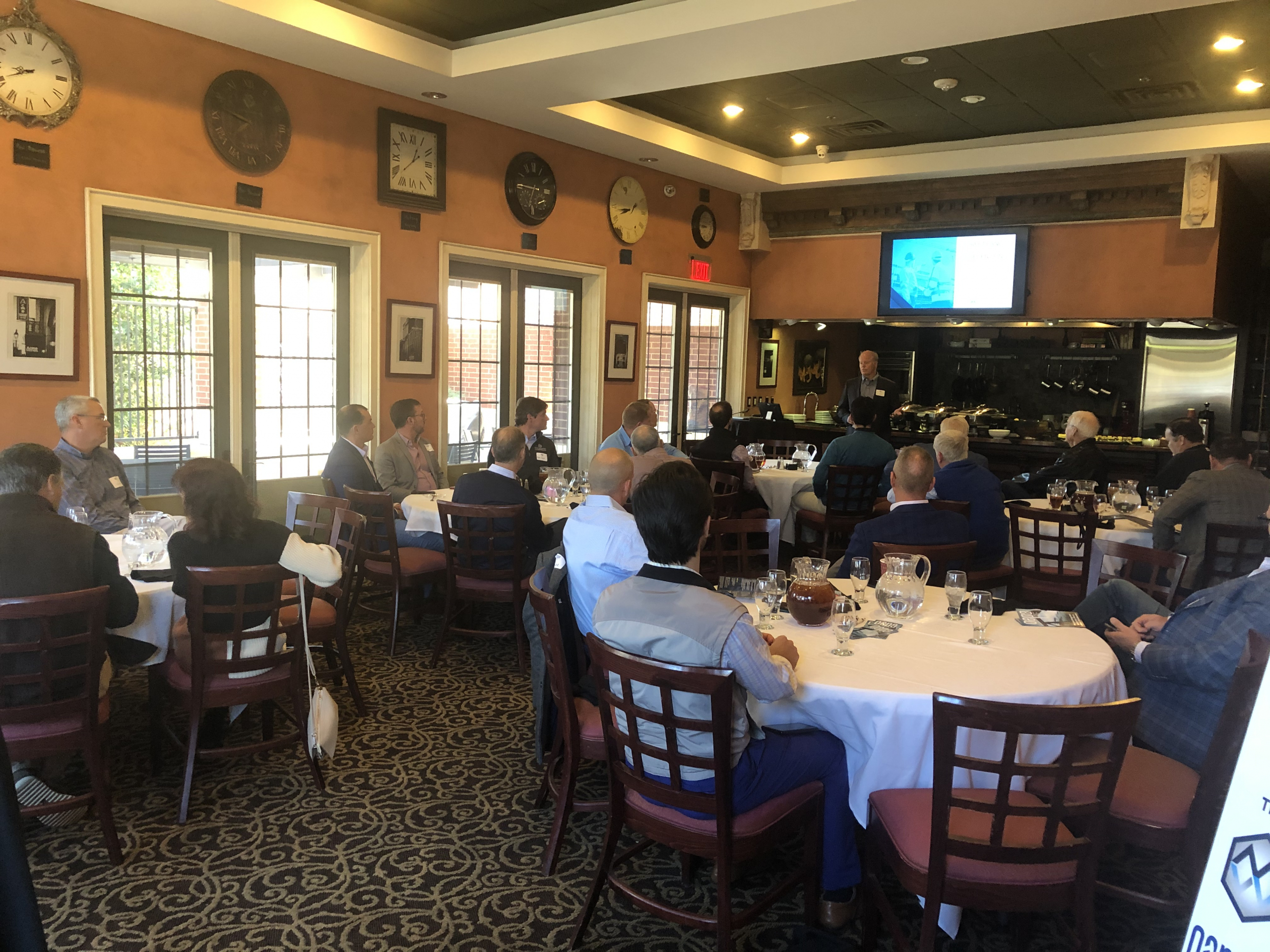 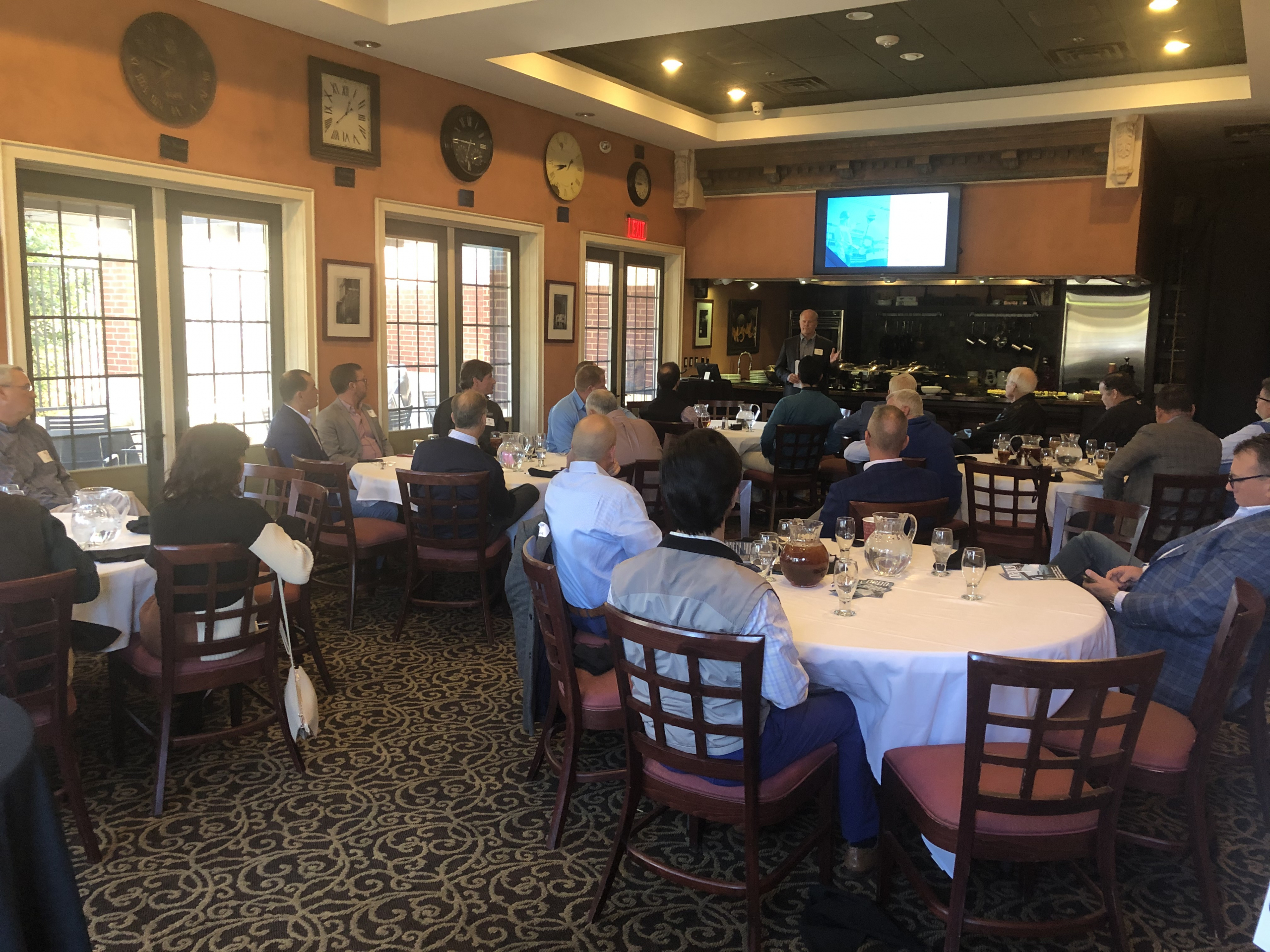 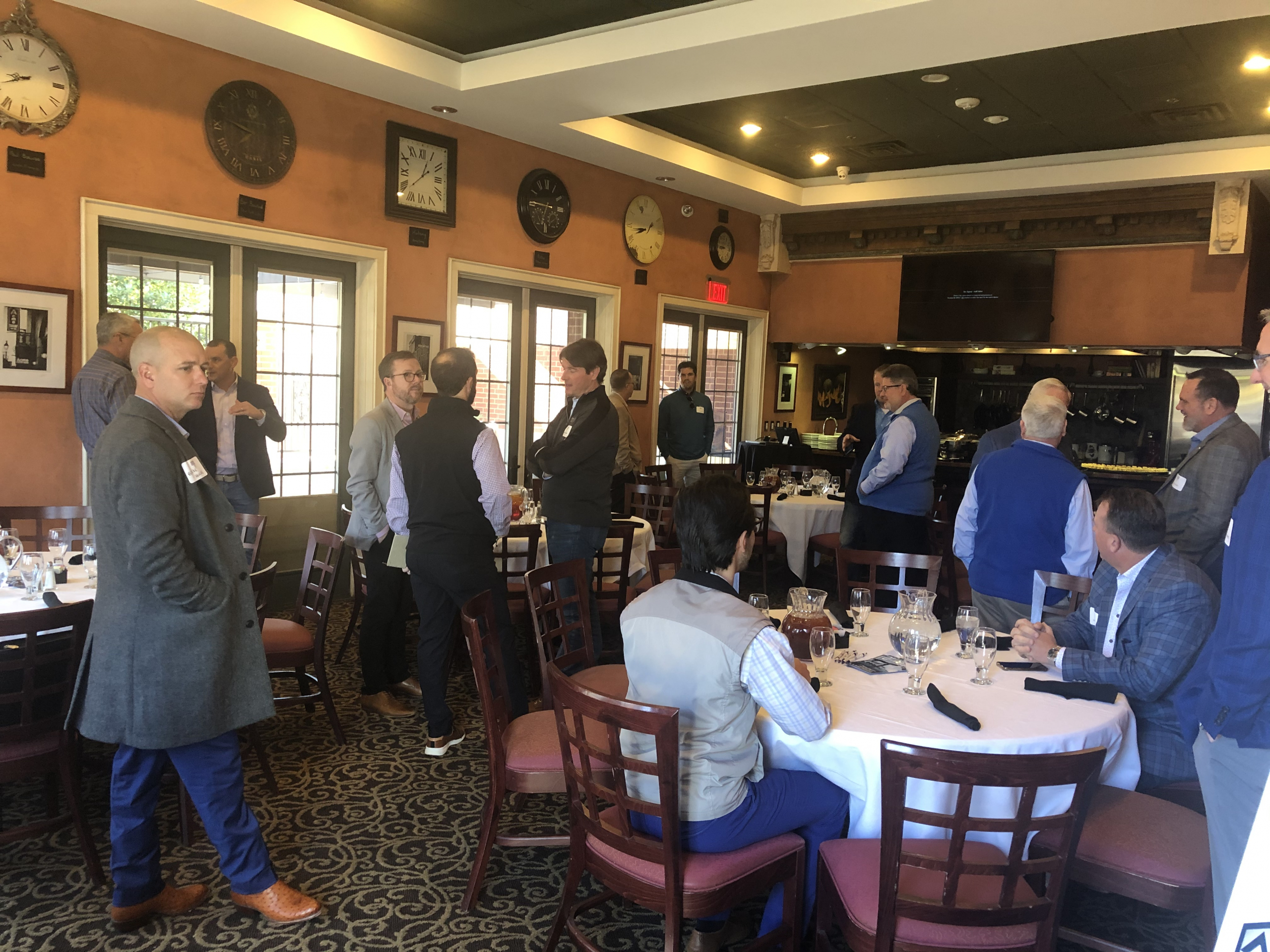 The OEPA Gas Committee has been meeting regularly via Zoom to discuss industry issues. We mailed a letter to DCP requesting a roundtable discussion regarding their fees among numerous other items. Read the full letter below, or click HERE.

The Oklahoma Energy Producers Alliance was established in 2016 to represent traditional small business oil and gas producers and currently has 525 members. We represent the rights of Oklahoma’s conventional vertical producers at the State Capitol and the Oklahoma Corporation Commission. Our objective is to preserve, promote, and protect the small business oil and gas producer in Oklahoma. While most of our membership concentrate their activities on vertical wells, we have no opposition to horizontal wells and many of our members own such properties.

The purpose of this letter is to inform you of some of our member’s concerns regarding DCP’s operational and commercial activities in Oklahoma. Hopefully you will circulate this letter to the appropriate DCP management to make them aware of such issues and cause either a timely adequate resolution or a reasonable explanation of the particulars.

Specifically, a number of members have identified the following issues to be of serious concern.

The OEPA hopes you can understand our desire to resolve or at least mitigate the above items. Perhaps a round table meeting of our members with your management should take place. In our opinion, you really need to understand the frustrations of our affected members. We believe that a good working relationship is a necessity for safety’s sake.

Please let me know DCP’s thoughts concerning the above. Thank you.

“It was great to see everyone again in a fun, laid-back environment,” said Chairman Dewey F. Bartlett, Jr.

Prizes were awarded to the 1st , 2nd , and 3rd place teams, as well as the person with the longest drive, the person closest to the pin, and a new prize awarded for the “longest backward drive!”

Thank you to everyone that came out and supported us!