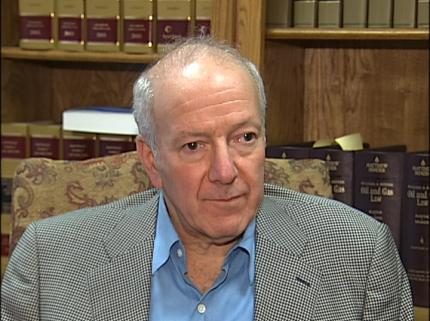 This is from Lee Levinson our OEPA Co- Chairman. Lee is a long-time Tulsa Oil and Gas Attorney representing over a hundred oil and gas producers and is also a long-time oil and gas producer himself. He has great insight into the problems facing hundreds of vertical well owner across Oklahoma as they lose their production to massive horizontal frac jobs. Here is a proposed solution.

This Act is patterned after Oklahoma Surface Damage Act, which was an act to protect the interest of surface owners in Oklahoma when wells were drilled on their property. This act, being the vertical well protection act, would provide vertical well owners a cause of action against horizontal well operators, which affected their producing wells

In the event the matter cannot be resolved within this 30 day period, the vertical well operator shall then have the right to file an application with the district court for an appraiser to determine the damages which were sustained to the vertical well, the damages to be considered shall take into account both the loss of oil and gas production as well as the loss of reserves attributable to the drilling of the horizontal well.

The appraiser shall be a qualified petroleum engineer who is capable of evaluating the loss of oil and gas production, as well as the loss of reserves and is capable of presenting a damage report to the parties and the Court.

In the event both parties agree that the appraisal report of the damages is accurate and is accepted, this damage finding shall become a final determination by the Court and shall act as a judgment in favor of the vertical well operator, against the horizontal well operator and its working interest owners.

In the event, either the vertical well operator and the horizontal well operator do not agree with the appraiser’s damage report, the same shall then be placed on the district court trial docket and shall proceed in an orderly manner to a final resolution. Further, in the event either party recovers a finding by the Court that is 10% different from the appraisal damage report, the prevailing party shall be entitled to attorney fees calculated from the time of rejection of the offer by the parties.

“This is happening to me as well as many of the small oil and gas producers in our state. I am not totally against fracking but laws need to be placed so they do not get into our wells! This is devastating for small producers and if nothing is done big oil will keep taking the small guys out.” ~ Krista Shaver Herrera

Let us know if you have had wells destroyed by horizontal frac jobs! The opposition is saying that it doesn’t happen. We have heard of over a hundred cases where it has!