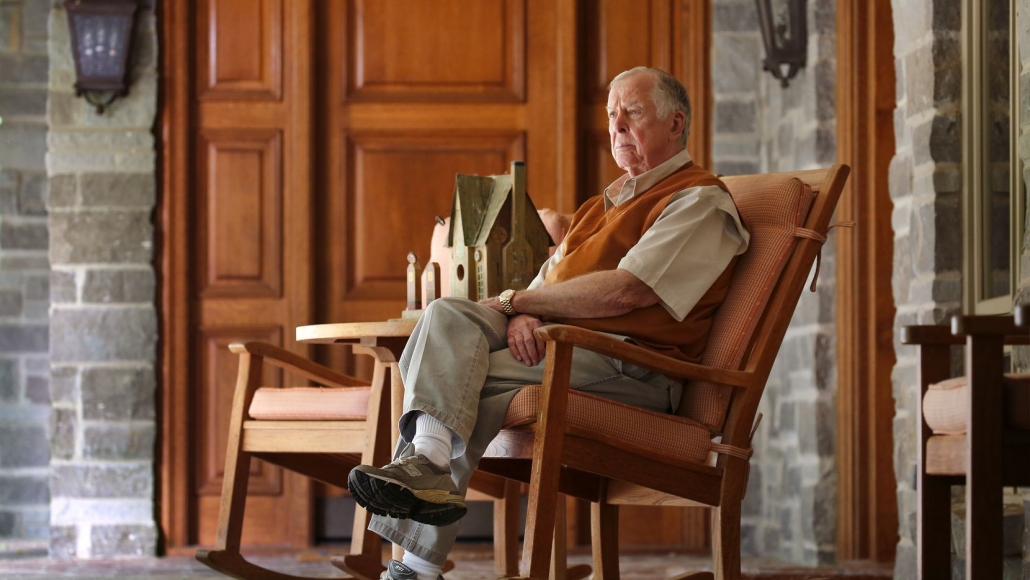 Greatest Communicator the American Oil and Gas Industry Has Ever Had

He was born in Holdenville, OK, 35 miles from my hometown of Ada, Oklahoma. Through the years we had many conversations, not all pleasant; but certainly memorable. I remember the first time we visited. We met at a meeting in Dallas. When he found out I was from Ada, he told me the prettiest girl he’d ever known was a girl in Ada. He even remembered her phone number and address – from fifty years ago.

I had read his first book Boone, which leads off with the story of how he showed his first oil and gas prospect to eighty or so investors before he signed his first investor. I was inspired to be more persistent.

Just a few years ago we butted heads a bit publicly when he was promoting wind energy and natural gas vehicles. He always was ahead of the pack and usually making money being there. I still thought oil had a bright future. Turns out we were both right.

I remember arguing with him on the tarmac in Dickinson, ND. I had written a couple of articles critical of his statements opining that the future of oil was in the past. He climbed out of his G-5 literally climbing over three people in getting to me. He said, “You’ve been disagreeing with me in the paper.” I thought he was joking. I said, “Boone no one reads what I write. The whole world hears what you say.” He said, “I read what you write.” I still remember taking a breath and saying (only to myself) “Damn! Boone Pickens is arguing with me!” I learned first hand that Boone didn’t like anyone disagreeing with him publicly on energy issues.

He wanted the industry to speak with one voice – his.

For several decades T. Boone Pickens has been the oil and gas industry’s dominant voice. Boone was famous as a wildcatter, a corporate raider, an energy trader, and a philanthropist. In all of those roles, he was always an innovator.  But the way I will always think of Boone is as the greatest communicator the American oil and gas industry has ever had.

There has never been a more influential and effective communicator for the oil and gas industry than T. Boone Pickens. He had the gift to make the complex simple and at the same time, entertaining. He simply has no equal in communicating with the public. My favorite Boone quote was when after he said the “price of oil will be over $300” by the end of that year and it never even came close. CNBC had him back on air asking him what happened. In typical Boone fashion he said, “Well, hell, I was just wrong.”

So Rest In Peace T. Boone Pickens. We love you. You are simply incomparable and irreplaceable.

An Oil Import Fee Could Pay for Infrastructure