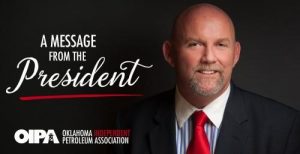 “OIPA will continue our fight to protect the industry. There will continue to be a lot of misleading, deceitful rhetoric spewed forth by those who seek a 7% rate for ALL wells. Many of these people are not drilling new wells or are not paying any, or very little in GPT. They are certainly NOT seeking new capital. So, they have nothing to lose in spreading their lies to legislators and the public-at-large.”

OIPA should be ashamed for calling those who hold a different view “deceitful” or “liars.” I am most certainly not a liar and find myself at a loss to explain OIPA’s disingenuous claim that drilling is booming in Oklahoma due to the 36 month GPT break for new wells. The drilling boom in our state is due 100% to the superior quality of the prospects and Oklahoma drillers’ experience drilling and completing horizontal wells. The SCOOP and STACK plays are not tax driven, they are technology and reserve driven.

Let’s look at this logically. The current price of oil is $58.06, equating to about $55.56 in the field. Restoring the GPT rate to 7% is equivalent to lowering the commodity price paid per barrel to $52.78, which is almost exactly the average field price paid so far in 2017. If restoring the GPT rate to 7%, effectively lowering the price by 5%, would “kill drilling” in Oklahoma, how do you explain the ever-increasing rig count that began in mid-2016 when the average field price was only $45/bbl? If these prospects were economic at $45/bbl, why would they become uneconomic at over $53/bbl? Furthermore, as you can see in the chart below, there is little or no correlation between price and rig count at these levels: 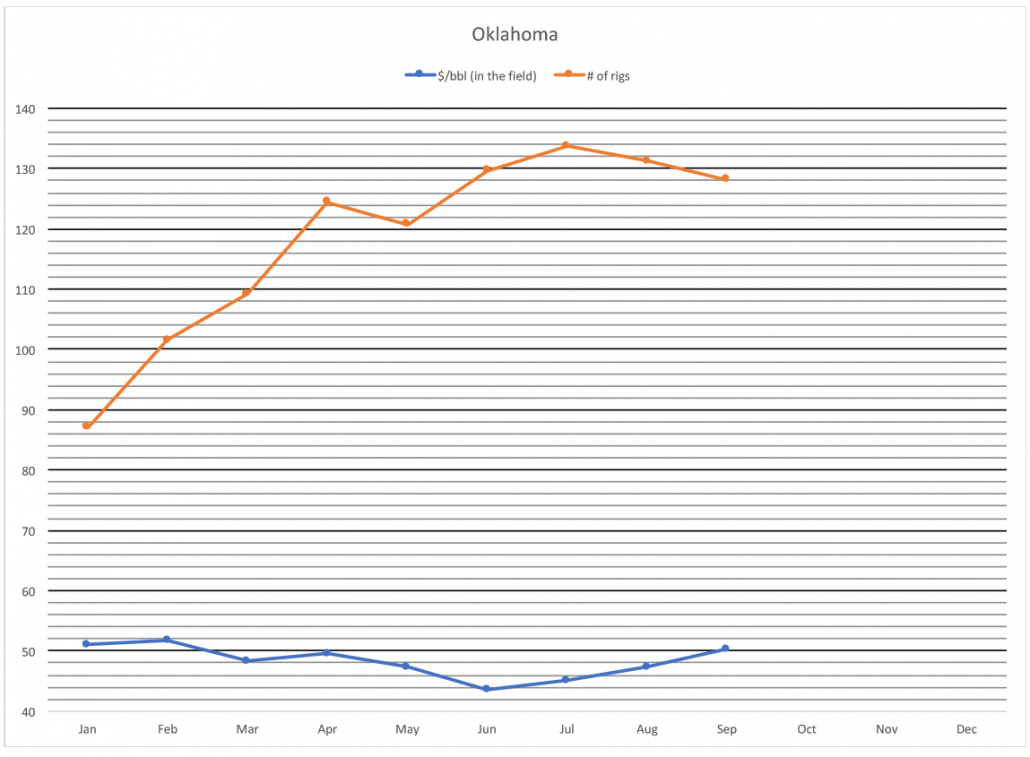 Here are the estimated economics for SCOOP, according to an IHS analysis: